Formed from 1974, the legendary STRANGLERS are one of these mythical bands who took a very important part in the worldwide Punk explosion from 1977, and then became founding pioneers of the avant-garde post-punk scene, exerting a huge influence on the whole "New Wave/Pop Rock/Cold Wave" styles, whose effects are still tangible nowadays. Despite the departure of singer-guitarist Hugh Cornwell in 1990, THE STRANGLERS never stopped. Still on the road for now 30 years, they're back with a new album entitled "Norfolk Coast" and, at stake, a forthcoming world tour.
A big thank you to Karine Sancho from Roadrunner Records for helping me to get in touch with the band, in order to do this interview. 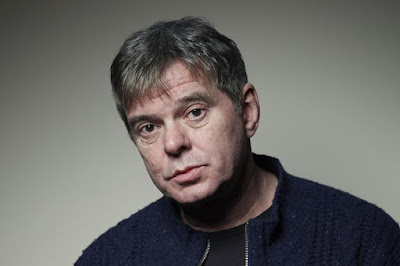 Hello Jean-Jacques ! Listening to your audio excerpts, my first impression is that your new album "Norfolk Coast" seems to come back to the STRANGLERS' original style, and this is especially obvious because of the so typical sound of keyboards and rythm section. However, since the departure of Hugh Cornwell, we had got used to the fact that henceforth, the band was exploring a quite different orientation, as shown by your latest recordings. How do you explain this so sudden and unexpected return to the roots ?... Please let us know more about this new album, and about the main reasons who led you to make it sound such a way, after all these years...

With this album, many of the sounds/styles that we explored over the previous 30 years have made an appearance. In some respects we have gone full circle, although sonically this is far heavier than anything previous. When a band has been around for so long, there is a general assumption that they are in the autumn of their careers, and that there are no more surprises left to give. I was hoping with "Norfolk Coast" that we could overturn that kind of thinking. 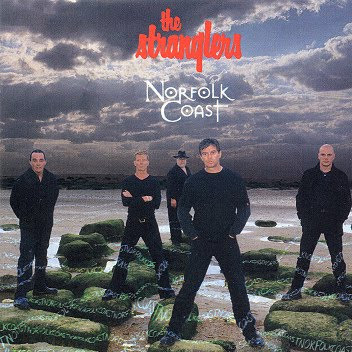 THE STRANGLERS have also a reputation for being one of the most important founders of the original Punk Rock scene, one of the very few bands from this period who "dared" to use synths in their music. Nevertheless, the band is older than the '76/'77 Punk explosion, since you were already formed 30 years ago, in 1974. How would you describe your state of mind and motivation, back then, and how did you finally get involved in this big musical/cultural revolution that happened from 1976 ?

Thank you for saying that we are important. It means more to me than just commercial success, since it indicates respect by our peers, and that is a big obstacle to overcome. When we first started our only thought was, like most people starting a band, to just play music and have fun. Certainly not to change the world.Then of course our next ambition was to play to a live audience in the local youth centre.Then it was to play in a pub and gradually to create our own audience, and eventually to afford to make demos and of course to make a record ! So by the time Dave joined us in 1975, we had a core of songs written by Hugh and myself, but still hadn't found our voice/sound. By 1976 we were playing more regularly in the pubs in London and realised we attracting our own audience ,people who were actually travelling to see us and attracting attention from the likes of Joe Strummer (who was in a rhthym and blues band called the 101ers), and Steve and Paul from the SEX PISTOLS , and Chrissy Hynde. So there was something starting to happen in London at the time we were playing, and our audience started to reflect that in the their dress and behaviour. Since we had not fitted in with the the current music scene this new scene was more to our liking and more importantly we were more to ITS liking. And of course we were asked to represent London in summer 1976 for the American bicentenary, when the the RAMONES first came to Europe and they were representing New York. 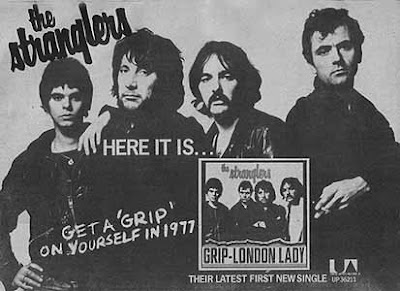 And nowadays, do you still feel linked to the Punk scene , one way or another ?... Do you still have contacts with some of these old bands who never ceased to exist since then, like you, or who finally reformed for the 10 last years ?... If so, why do you never play live with them ? Don't you think you can still appeal to the punk audience, especially if you play your oldest tracks ?

As a band ofcourse we still feel linked to the punk scene but it has changed and evolved as we have.However a lot of the "punk scene" rejected us since we didn't wish to conform to anyones' ideas of how we should be. Also it eventually became quite restrictive artistically. Many of the then protagonists actually were not strong enough to admit that they had previously been our friends. However I am still in touch with a few of the musicians from that time such as Jake Burns from STIFF LITTLE FINGERS, Bruce Foxton (THE JAM and SLF), and Captain Sensible from THE DAMNED. Our guitarist Baz Warne was actually in the TOY DOLLS for a while. Why would we just play old tracks ? 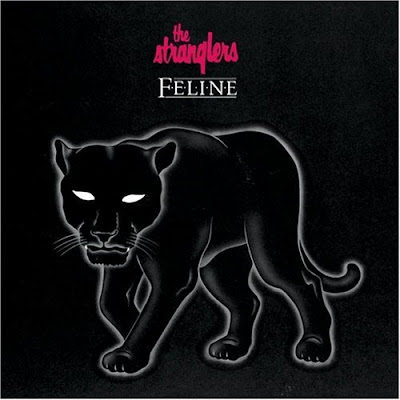 You know that, from 1979-1982, your music began to get much more "Pop Rock" and "avant-garde" oriented, both "colder" and "darker", and because of that, you're also regarded as legendary pioneers of all kinds of styles who developped a bit later, and who are now called "New Wave", "Cold Wave", and so on... Do you also come to terms with this important part of the STRANGLERS' heritage ? Do you feel proud to have been a major inspiration to so many bands ?

If we are an inspiration to different kinds of bands, it's only because we allowed ourselves the freedom to explore and experiment, sometimes to the detriment of commercial success and our relationship with the record companies but always fulfilling to us. 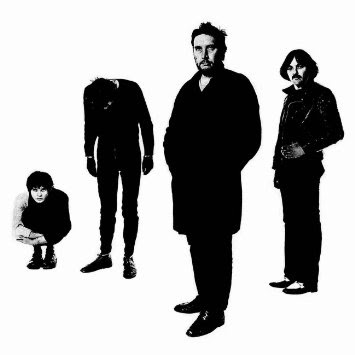 Not only the STRANGLERS' music has always been rather atypical, but your social and political views too. During your long career, many of your lyrics and public statements have been regarded as very "shocking" by some people. Without being a "far-right" band for all that (far from it !), it is obvious that you're radically different from all these bands preaching leftist views, and in France, you're often regarded as some kind of "right-wing anarchists"... Do you agree with this way to describe yourselves ?... How would you define your philosophy, from this viewpoint ?

Right wing anarchists? Isn't that a contradiction in terms ? There are some aspects of our collective thinking that are what people might consider left, and other aspects which wouhld be considered right. Also rather than anarchist, I would say that some of our previous behaviour was more nihilistic. I personally believe in capitalism but I am equally suspicious of big business multi national corporations. I believe in Europe but am deeply suspicious of Brussels, the unaccountability of european institutions,the unnecessary bureaucracy and red tape. 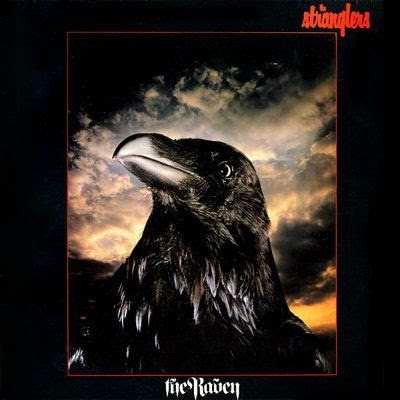 And what's your personal opinion about the current state of the world, not only concerning your own country's government, but also all the events who recently happened worldwide, and/or who are still currently happening ??...

Democracy can only survive when the population is informed, interested, involved and intelligent. In other words democracy is in danger. On the American side we have brutal ignorance,on the European side corruption and weakness. And we are at the start of a war which will last for years. 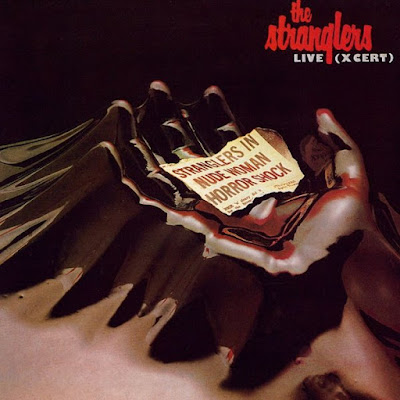 What are your main projects, now that your new album has been released ? Do you plan to tour Europe, and above all, is there any chance to see you playing a few dates in France ?... If so, when and where will these gigs take place ?

We will be playing shows all over the world this year.This will be our busiest year for a long time. We are really up for it. Yes we have accepted to play our biggest tour ever in France around November time . I think something like 16 dates ! 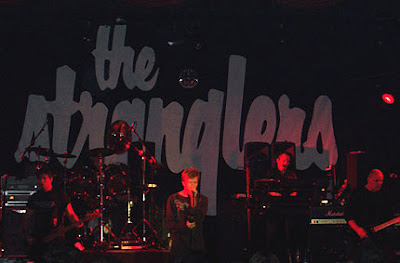 And during this forthcoming tour, which kind of songs do you intend to play ? Will you play material from your new album only, or do you also intend to play some of your essential classics ?...

We will play much from Norfolk Coast but of course some old songs too. L'embarras du choix ! 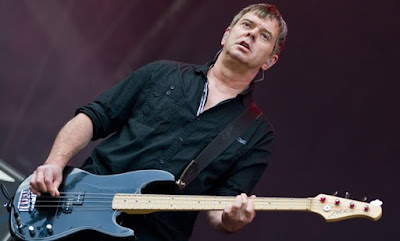 Are you still in touch with Hugh Cornwell ? Did you ever try to convince him to reintegrate the band's line up ? And according to you, is there any chance to see an original STRANGLERS reunion, one day or another ?...

I am no longer in touch with Hugh ever since he put the phone down on me 3 years ago. I would have wanted to stay in touch, but now, as far as I am concerned, he is history. He is an ex Strangler . There are a few of them now. There would be no point in a reunion. They never work. 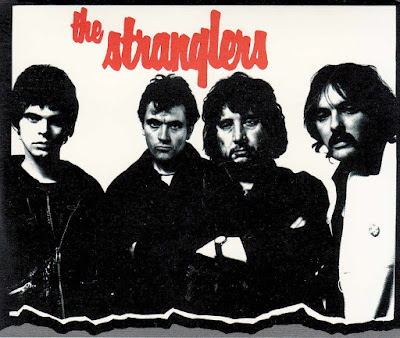 Well, thanks a lot for this interview ! Any final comment ?...

Thank you for being patient with me regarding this interview. I hope it goes some way in helping people understand us a bit better.