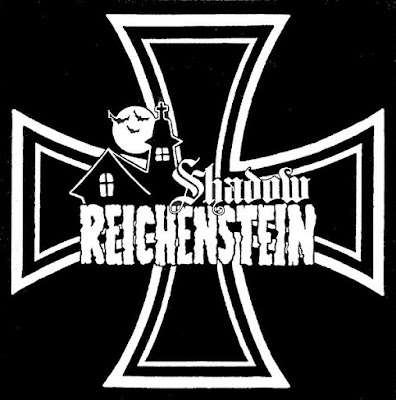 
Interview with the band's frontman, Shadow, made by Hanns Wehrwolf
(Hans Cany) on 17 january 2004. 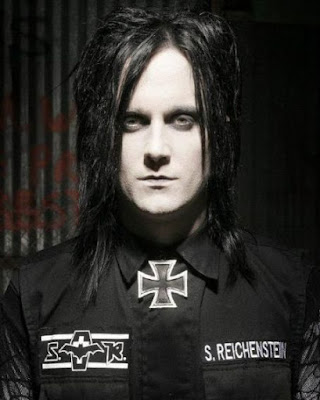 Hell-o, Shadow ! Can you please present the band to our readers ?
Our bass player recently joined a new band called DAMAGEPLAN, which is made up of 2 world famous rock stars, so we are currently auditioning new bass players. Aside from that, there is myself Shadow Reichenstein- vocals/ guitars, Jimbo Nostrathomas-guitars, and Boog Nasty on drums.


Quite often, the band's artwork and imagery feature the image of an Iron Cross... Is there any particular reason for that ?...

Most of it has to do with Germany's connection to horror classics like "Frankenstein" or "Nosferatu". 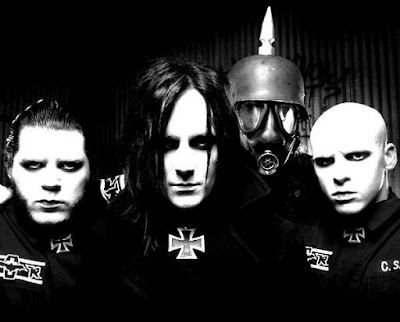 Listening to your music on "It's Monster Rock", it seems to be clear that your style is an original mix of Horror Punk and Psychobilly/Gothabilly, with also some Gothic rock and Dark/post-Punk touches... Do you agree with this short description ? And where did you take your musical inspiration ?

I agree with your description. I grew up on a lot of music that doesn't necessarily reflect what I write musically. I think horror movies themselves and TV themes like "The Munsters" have made a bigger impact on what I write.

Since your debut album, you also released a 3-track CD-R single entitled "Bela was a Junkie". Please let us know more about that one.

It was just a teaser to give fans some new material to listen to. I am working on material for a new full length. 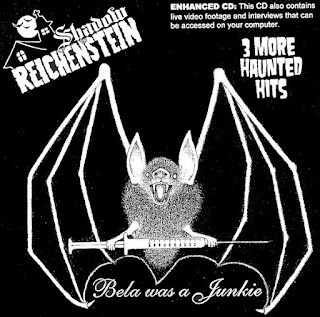 In the title-track of this CD single, you talk about the fact that Bela Lugosi really used to take hard drugs, and therefore TRULY was a junkie... How did you get the idea to write about such an unusual issue ?

I got the idea from the movie "Ed Wood" starring Martin Landau as Bela Lugosi.

And in general, what kind of issues do your lyrics deal with ?...Everything I write relates to horror in one way or another from death to vampires, zombies, murderers, serial killers and so on.


Does each member of the band share this strong interest in darkness and Horror ?... How and when did you get into that ?

I am the sole song writer and creative director of the band, so it is mainly myself that is interested in these subjects. I got started the same way most people do by watching horror movies when I was a kid. As for horror movies I tend to prefer the classics featuring stars like Lugosi, Karloff and Chaney. I also like alot of stuff from the 70's like "Salem's Lot", "Phantasm", "The Exorcist", "The Omen", "Texas Chainsaw Massacre", and "The Shining". I also really enjoy light hearted stuff like "Mad Monster Party". Last of all, I am a huge fan of the French movie "The City of Lost Children" and David Lynch stuff like "Eraserhead" and "Blue Velvet". By the way, I plan to marry the star of "The City of Lost Children" Judith Vittet when she is old enough !


...And are those particular tastes related to a real interest in strange and paranormal phenomenons ?... Do you have any "mystical" beliefs ?... And did you personally ever have any strange experiences, in your life ?...

That question really provides a perfect opportunity for me to make up some crazy bullshit to tell your readers to make myself sound more interesting, but I will go ahead and tell the truth instead. I actually am a staunch realist and don't really hold any type of mystical or religious beliefs. 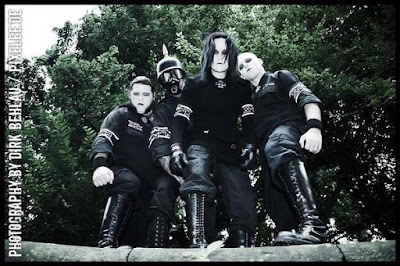 It seems that there are many Horror-oriented bands in Texas, whether they are Horror Punk bands, Psychobilly bands, or others... How do you explain that ? In Europe, Texas is mainly known for "Dallas" TV show, millionaire businessmen, and oil industry... Living in such an environment, don't you sometimes feel like some kind of "freaks" or "martians" ?...

There are quite a few horror oriented bands in the Dallas area alone, I can't really explain why, I don't understand it myself. I personally believe the ridiculous T.V. show "Dallas" is responsible for what people think about Dallas and Texas in general. It is just another big city in the U.S., and has plenty of freaks and misfits without us.

Do you often play live ? How is the ambiance at your gigs, in general ? And which bands did you already play with, so far ?

Our shows are energetic and explosive, we want to kick the audience in the teeth with steel toed boots and make them bleed ! We have played with too many bands to mention here, but we recently did a gig here in Dallas with the legendary psychobilly band THE METEORS. I gave Paul Fenech a CD, and he went out to someone's car and listened to it right then, and came back in the club and told me he really liked it. He also gave me the impression that they might consider us as an opening act at some point. 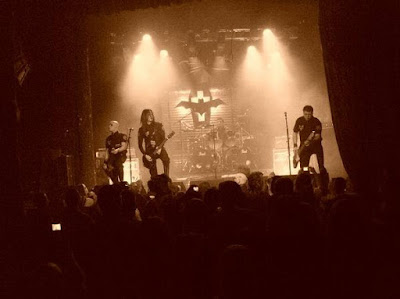 Do you intend to record your second full-length album soon ?

Yes, I am working on new material for Antidote Records.

Thank you very much for this interview ! To finish, do you have anything to add ?... Or a special message to our readers, maybe ?

A very special thankyou to Hans for the interview, and to all the people of France I send an open invitation to join the Shadow Reichenstein Monster Party at www.shadowreichenstein.com !